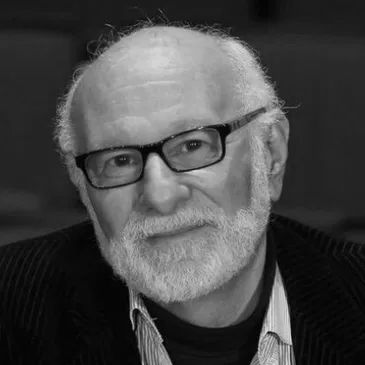 CHAIRMAN OF THE BOARD

Peter LeDonne was Partner & Creative Director of Ash/LeDonne, one of the most prominent show business marketing firms, which came to define the way entertainment was marketed on both sides of the Atlantic. With offices in New York, Los Angeles, Boston and London the agency represented theatre, films, personalities, record companies, music superstars and major entertainment venues.

LeDonne created the entire campaigns for his clients across all media. His use of radio advertising for his live entertainment clients became the standard for the industry.

Then he completely altered the way Broadway theatre was marketed by making the first live action television commercial for a Broadway production with his iconic copy:

“Here’s a free minute from Pippin, the musical comedy sensation, directed by Bob Fosse. You can see the other one hundred nineteen minutes of Pippin, live, at the Imperial Theatre without commercial interruption.”

The commercial delivered an entirely new audience to Broadway and, by so doing, redefined the lengths of successful Broadway runs from several months to several years.

His first movie, Curtain Call was nominated for an Academy Award®

• DIRECTOR – Where There’s Smoke: a documentary film on the history of the Fire Department of New York City.

• (2011) PRODUCER/DIRECTOR – Miles & Jo: A Love Story in Blue: In development, A multifaceted project based

on the book of the same name by Jo Gelbard, including a feature documentary film on the final, years of the man

who has been called the greatest Jazz performer of all time.

• (2010) DIRECTOR – The Soprano State: feature documentary based on The New York Times bestseller by Robert Ingle and Sandy McClure.

• (2006) DIRECTOR – The Diary of Immaculee: received a special award at The 2006 Toronto International Film

Festival. The film was nominated as Best Documentary by the International Documentary Association (IDA) and

“short-listed” for a 2006 Academy Award® nomination and has aired as a PBS Pledge Program.

nominated for an Academy Award®, acquired by HBO.

• (2004) PRODUCER – Going Home: A compelling look inside a women’s correctional institution, broadcast on HBO. • (2001) PRODUCER – Bottom of the Ninth: Nominated by the Directors Guild of America (DGA) as Best Documentary.

• (2001) PRODUCER – Curtain Call: Nominated for an Academy Award and aired on HBO.

• (1999) PRODUCER – Groucho: A Life in Review: Aired nationally on PBS as a Pledge Program.

HE HAS ALSO PRODUCED FOR THE STAGE:

• Forget Me Not Lane by Peter Nicols, at The Long Wharf Theatre.

• Groucho, A Life in Revue in New York and London.

Peter LeDonne’s advertising career began with a freelance assignment from the leading theatrical advertising agency, Blaine Thompson. That assignment was followed by several others and an offer for afull time position with the company as copywriter. Within a year he was Creative Director of the agency and five years later he and Jeffrey Ash opened Ash/LeDonne, Inc.

He also represented a young boxer then named Cassius Clay.

For The New York Yankees, he created the famous ‘At Any Moment A Great Moment’ campaign and wrote the lyrics for the team’s theme song.

Subsequent to Pippin, Fosse turned again to LeDonne for commercials for Chicago, Dancin’ andSweet Charity and their collaboration is acknowledged in the Fosse biography, Razzle Dazzle, The Lifeand Work of Bob Fosse.

LeDonne was one of the first Americans invited to The Soviet Union to produce films for several dance companies, folk troupes and The Moscow Circus. Over a period of several weeks, he and his film crew were permitted to travel throughout Russia, documenting both performance and behind the scenes material.The subsequent promotional films and commercials made the U.S. tours of those companies an unprecedented success.

He represented many dance companies including: The Alvin Ailey Dance Company, American Ballet Theatre, The Dance Theatre of Harlem, The Joffrey Ballet, The Kirov Ballet, The Moiseyev Dance Company and The Bolshoi.

He actively supports several non-profit organizations, which expose young people to the arts, particularly The Actors’ Fund of America, American Theatre Wing, Young Audiences and Arts Horizons. His pro-bono work has included producing, a live benefit performance of Come a Waltzing With Me, An Evening With Zoe Caldwell for Young Audiences and a documentary film, The Power of The Arts, featuring Harold Prince, Celeste Holm and Robert Whitehead for Arts Horizons.